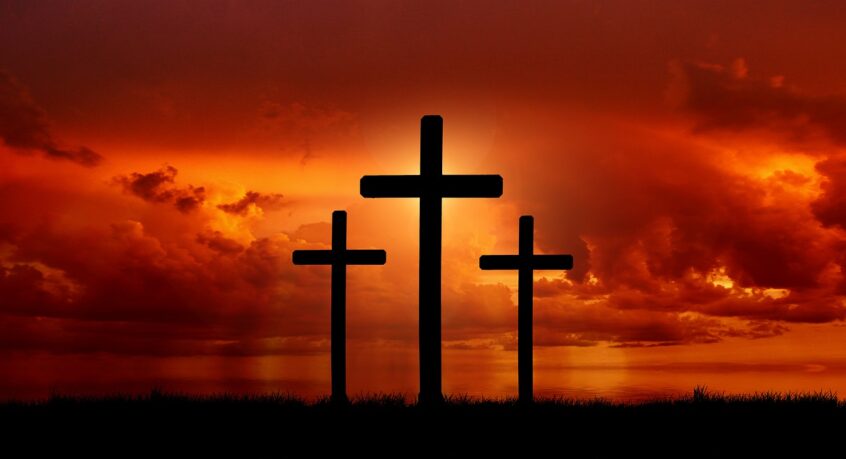 Then the governor’s soldiers took Jesus into the Praetorium and gathered the whole company of soldiers around him. They stripped him and put a scarlet robe on him, and then twisted together a crown of thorns and set it on his head. They put a staff in his right hand. Then they knelt in front of him and mocked him. “Hail, king of the Jews!” they said. They spit on him, and took the staff and struck him on the head again and again. After they had mocked him, they took off the robe and put his own clothes on him. Then they led him away to crucify him.

Sometimes we laugh at what we don’t understand. The Roman soldiers who were assigned to prepare Jesus for crucifixion didn’t know who He was. They had heard, maybe from their superiors, that this condemned man claimed to be the king of the Jews. They thought that was ridiculous, even funny, so they mocked him. Their tormenting words and cruel actions caused Jesus to suffer physically and emotionally. We may not enjoy reading this part of Jesus’ story, but it is essential to understanding who He is. He came to suffer and to die for us, and his suffering was real. He felt the pain in his body. He felt the mockery in his heart.

We can’t forget as we read these terrible verses that Jesus is God. The soldiers didn’t understand that. They thought He was just a person, and they were trained to be cruel to people. What they did should never have been done to a person, even a guilty person justly sentenced by a legitimate court, but to do these things to Jesus, the incarnate Son of God and Savior of the world, is utterly shocking. That Jesus would allow them to treat him this way, to submissively accept their abuse and ridicule, is beyond our comprehension. How could people treat God’s Son this way? How could God allow it to happen? It’s hard to bear these truths, but this is what Jesus came to do. He was born to die. He came to give his life as a ransom for many (Mark 10:45). “While we were still sinners, Christ died for us” (Romans 5:8).

The amazing truth of God’s grace is that Jesus chose to suffer for us. He chose the soldier’s mocking words and their hateful blows. He chose the way of the cross out of love for us, and we confess that it is because of our sin that He had to endure all this suffering. Confession and sorrow are the only appropriate ways for us to respond to the soldier’s treatment of Jesus. They didn’t understand, but we do: Jesus suffered and died in our place, taking the penalty of our sin on himself so that we can be set free. Thanks be to God for the life-giving grace we receive through Jesus our Savior!

Father in Heaven, You love me far more than I deserve, and You bless me more than I could ever repay. Thank You for sending Jesus to be my Savior. Help me to honor His name by how I live and to share His story with those in need of salvation. I pray in His wonderful name. Amen.
____________________________
Pastor Mike Mirakian