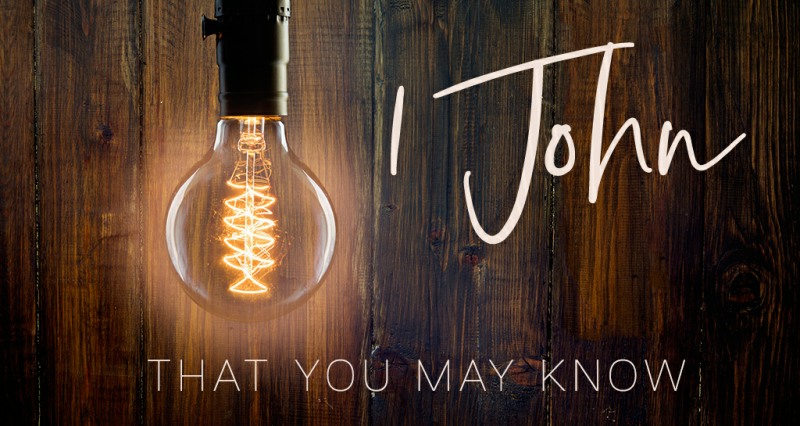 Dear children, this is the last hour; and as you have heard that the antichrist is coming, even now many antichrists have come. This is how we know it is the last hour. They went out from us, but they did not really belong to us. For if they had belonged to us, they would have remained with us; but their going showed that none of them belonged to us.

Few New Testament words are as misunderstood as “antichrist.” Many people believe a person will appear at the end of time opposing the church and persecuting Christians who will be known as the Antichrist. Some people use this term as a derogatory label for any powerful world figure who does terrible things. Hitler, Stalin and Osama Bin Laden have all been called antichrists, as have many U.S. Presidents by people in the other political party. Truth is, the word antichrist is used in the Bible only by John in his first two epistles, four times in 1 John and once in 2 John. The word is never used in Revelation. What John means by antichrist, as we will see in the next passage, is someone who rejects Jesus as the Christ. An antichrist opposes the proclamation of the truth about Jesus and may even deceive people into believing someone other than Jesus is the Christ.

Why does John warn us about antichrists? Because, since the early days of the church, there have been people inside and outside the church who actively work against the gospel and who distort the truth of God’s word. In fact, John seems to have specific people in mind as he writes about those who “went out from us.” This is a hard reality, and one we may wish to ignore, but again, it has been true since the beginning of the church age. There are some who participate in the life and fellowship of the church who don’t, in the reality of faith, belong to the church. To be clear, the term antichrist shouldn’t be applied to all unbelievers, seekers, those struggling with doubts or people who generally do bad things. Instead, scripture reserves this term for people, especially within the church, who actively reject and oppose the truth about Jesus. False teachers. False prophets. Those who persecute followers of Jesus.

So, are there antichrists today? Of course, just as there were in John’s day. Like John, we live in the “last hour,” that is, the church age between the first and second comings of Jesus. The Gospel is being preached. The Kingdom is advancing. Meanwhile, there are some who deceive and distort the word of God, maybe to build themselves up, maybe to tear others down. But we don’t need to fear the antichrists. By feeding on the truth of God’s word, by listening to the wisdom of the Spirit, by staying connected in fellowship to other believers, and by supporting the church’s mission, we stand guard against people and ideas that oppose the Gospel. In the name of Christ, we will overcome.Father, I believe that Jesus is the Christ and that He is my Savior. Give me strength to proclaim that truth in love to those who haven’t yet found salvation. I trust in Your mighty power and protection, through Jesus Christ. Amen.